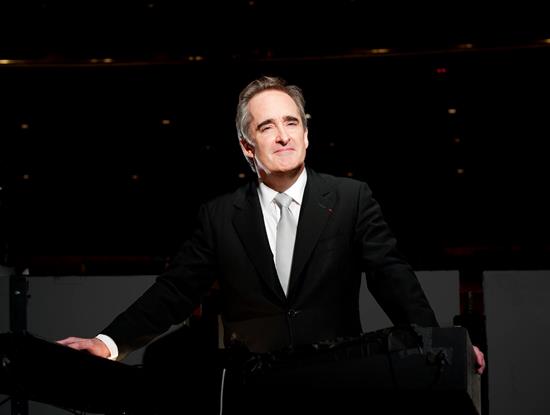 December 10, 2013—Sel Kardan, President and CEO of The Colburn School, announced today the establishment of The Ziering-Conlon Initiative for Recovered Voices at the Colburn School. Los Angeles philanthropist Marilyn Ziering has made the Initiative possible with a generous $1 million gift to Colburn. The Initiative builds upon the Recovered Voices project at LA Opera, established to support conductor James Conlon’s long-term commitment to bring attention to the works of important composers whose music was suppressed during the Nazi years in Europe.

Mr. Kardan said, “The Ziering-Conlon Initiative’s primary focus will be performance, advocacy and dissemination of music by suppressed composers. Research and academic activities will be explored through creative collaborations, conferences, concerts and publishing. In addition, we hope that Internet, public radio and television broadcasting will provide opportunities to reach international audiences.”

He continued, “The Ziering-Conlon Initiative will give Mr. Conlon, whose leading advocacy of this repertoire is acknowledged throughout the world, the unprecedented opportunity to share his insights on this important music, literature and the history of music in the first half of the twentieth century with Colburn students and the Colburn community at large.”

Mr. Kardan continued, “We are pleased that LA Opera’s pioneering work in establishing the Recovered Voices project on behalf of these artists, also supported by Marilyn Ziering and others, established the groundwork for this exciting program. Colburn was gratified to present Ernst Krenek’s The Secret Kingdom and Viktor Ullmann’s The Emperor of Atlantis in January of 2012 under Mr. Conlon’s direction in collaboration with LA Opera’s Domingo-Thornton (now Domingo-Colburn-Stein) Young Artists Program. That collaboration gave impetus to the announcement we make today.”

James Conlon responded, “I am honored that my name is directly associated with this important project at The Colburn School, together with that of Marilyn Ziering, whose dedication to the cause of artistic and moral justice for composers suppressed by the Nazi regime is no less emphatic than my own.”

Mr. Conlon continued, “I am grateful to Sel Kardan and the leadership of The Colburn School for their appreciation of the importance of placing the music of these composers into the hands, ears and hearts of Colburn students. These young musicians will help to ensure that many previously under-performed works will have the opportunity to find their rightful
places in the repertory.”

Marilyn Ziering said, “I am proud to have supported James Conlon’s work to bring operas by Recovered Voices composers into LA Opera’s repertoire. I am gratified that The Colburn School will now also fulfill a central role in disseminating the knowledge of national and international scholars in the field to students and the public. I am also pleased that Colburn students will have the opportunity to learn and perform the works of composers whose artistry was banned by the Nazis.”

A major element of The Ziering-Conlon Initiative will be an annual one-semester seminar developed, overseen and taught by Mr. Conlon in consultation with Conservatory Dean Richard Beene for Colburn Conservatory undergraduate and graduate students, and, as a gift to the community, the seminar may be audited by the general public at no cost, but registration is necessary. To register to audit, please visit: www.colburnschool.edu/adultstudies. The first seminar begins on Monday, January 13 from 5:30 to 7:30 p.m., and will continue weekly through April 28. Mr. Conlon will be assisted in the course by Mr. Robert Elias, President of The OREL Foundation, and other guest scholars.

This course will examine two generations of composers who were active and, in many cases, very successful and influential in Europe prior to the entrenchment and dominance of the National Socialist German Workers Party (Nazi) party in Germany from 1933 to 1945. The music and lives of these composers–most, though not all of them, Jewish–will be examined in depth. The course will also review the lives and works of composers who lived in exile during those years, some of them here in Los Angeles. It will examine a variety of questions: Who were these composers and why do we know so little of their music? What were the artists’ artistic milieus? Why were these composers and their works suppressed? What happens when art collides with its society? Why were the works of these composers, many of whom having thrived before 1933, not revived after World War II? How do composers express themselves in times of great upheaval and personal duress? What are the challenges in reviving excellent, though relatively unknown, works?

Other projects contemplated within the Initiative, also to be guided by Mr. Conlon, include academic conferences (the first of which to be held in August 2014), as well as national chamber music competitions for young musicians (the first to be held in 2015) featuring the music of relevant composers. Local, regional and national performance opportunities for Colburn students are also anticipated. All these efforts are meant to enrich the repertoire and to allow the musical community of today and tomorrow the opportunity to determine the place of these composers and their works in the history and canon of twentieth-century music.

Robert J. Elias, President and CEO of The OREL Foundation (created by Mr. Conlon in 2008), will serve as Director of The Ziering-Conlon Initiative and will be responsible for its administration.

Initiated thanks to major funding support from Marilyn Ziering, LA Opera’s Recovered Voices project was launched in 2007 with concerts that featured Alexander von Zemlinsky’s A Florentine Tragedy as well as excerpts from several other rarely performed operas. Through the series, LA Opera became the first American opera company to regularly program the works of composers who fell victim to the anti-Semitic and ultraconservative politics of Nazi Germany. Subsequent full-scale Recovered Voices productions, all conducted by Mr. Conlon, have included the U.S. premiere of Viktor Ullmann’s The Broken Jug, Zemlinsky’s The Dwarf and Walter Braunfels’ The Birds, all of which were filmed and released on DVD, as well as the U.S. premiere of Franz Schreker’s The Stigmatized, which was released on CD earlier this year on Bridge Records. 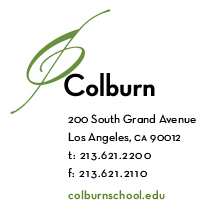 The Colburn School is a world-class performing arts school located in the heart of downtown Los Angeles, neighboring the Walt Disney Concert Hall, the Music Center, the Museum of Contemporary Art and the Broad Museum. Its acclaimed faculty provides students with the highest quality performing arts education, which includes a multitude of performance opportunities in a state-of-the-art facility. More than 2,000 students attend classes in the Conservatory of Music, the Community School of Performing Arts, Young Artist Academy, Adult Studies and the Trudl Zipper Dance Institute.

Opened in 2003, the Colburn Conservatory of Music has become one of the nation’s leading conservatories for highly talented college-age students pursuing the most rigorous classical instrumental music performance training. The Conservatory provides full financial scholarships, including tuition, room and board for all students. Programs include the Bachelor of Music degree, Performance Diploma, Professional Studies Certificate, Artist Diploma, and the Master of Music degree. Admission to the Conservatory is highly selective and requires a formal application and audition. The school presents its Conservatory students in more than 150 recitals and performances each year, many of which are free and open to the public. 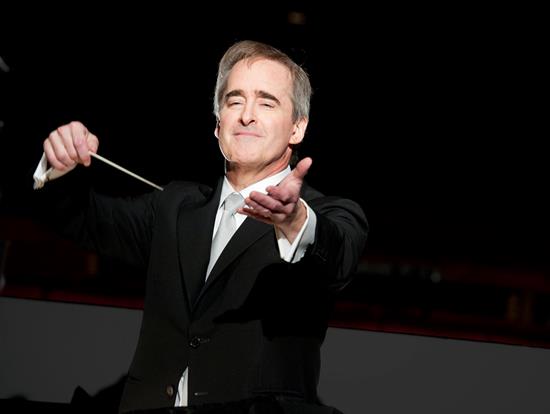 One of today’s preeminent conductors, James Conlon has cultivated a vast symphonic, operatic and choral repertoire. Since his 1974 New York Philharmonic debut, he has been a guest conductor with virtually every major North American and European orchestra and a frequent guest conductor at the Metropolitan Opera, where he has conducted over 270 performances. In addition to being Richard Seaver Music Director of LA Opera, he is music director of both the Ravinia Festival, summer home of the Chicago Symphony Orchestra (since 2005), and the Cincinnati May Festival (since 1979). He was principal conductor of the Paris National Opera (1995-2004); general music director of the City of Cologne (1989-2002); and music director of the Rotterdam Philharmonic (1983-1991). In an effort to raise public consciousness about composers suppressed by the Nazi regime in the 1930s and 1940s, he has devoted himself to extensive programming of their works in North America and Europe, establishing The OREL Foundation in 2008.

He is engaged in a three-year homage to Benjamin Britten in observation of the 2013 centenary of the composer’s birth, conducting symphonic and choral works and six operas, including the Metropolitan Opera’s October 2013 performances of A Midsummer Night’s Dream, LA Opera’s upcoming Billy Budd, and a cycle of Britten’s three church parables in collaboration with the Rome Opera.

In recognition for his efforts in championing the works of composers suppressed by the Third Reich, Mr. Conlon received the Crystal Globe Award from the Anti-Defamation League (ADL) in 2007, the 2012 Cohon Award in the “Creative Arts” field, and the 2013 Roger E. Joseph Prize from the Hebrew Union College-Jewish Institute of Religion (HUC-JIR). In 1999, he received the Zemlinsky Prize, awarded only once before, for his efforts in bringing the composer’s music to international attention.

Call for Papers:  The Holocaust in Music

Release of a new CD with works by Hans Gal

‘From Vienna to Weimar’ at Kings Place

Release of a New CD with works by Erich Korngold

Release of a New CD with works by Mieczyslaw Weinberg

Release of a new CD- The Bohemian Album

Greenwich Music Festival Announces 2009 Festival- Out of Darkness:  The Music of Terezín