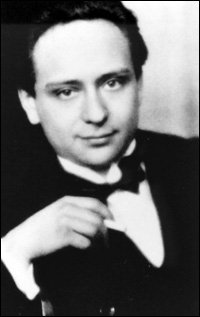 Viktor Ullmann (1898–1944) was born on 1 January 1898 in the garrison town of Teschen in Silesia, in what belonged to the Austro–Hungarian Empire and is now a part of the Czech Republic.  Educated in Vienna, Ullmann made important contributions to both Czech and German cultural life as a composer, conductor, pianist and music critic.  Shaped by his engagement with Schoenberg's musical philosophy, German aesthetics, as well the anthroposophy of Rudolf Steiner, Ullmann understood the role of art as central to human spiritual and ethical development.  Prior to his death in 1944, he wrote that “[artistic] form” must be understood from the perspective of Goethe and Schiller as that which “overcomes matter or substance [and where] the secret of every work of art is the annihilation of matter through form—something that can possibly be seen as the overall mission of the human being, not only the aesthetic but ethical human being as well.”  Within the context of his own compositions, Ullmann used form as a powerful commentary on his own self–conscious engagement with the traditions of Western art music as he engaged with them in the works of Schoenberg, Mahler and Berg. 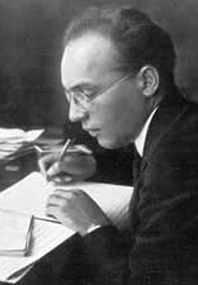 Despite the relative brevity of his life, composer Kurt Weill forged a far-reaching career that challenged the purity of preexisting styles.  As a famous German Jew, he fled Nazi Germany, fending for himself in foreign countries such as America, where versatility of styles, unlike anything in Germany, interested him the most. That these varied styles— music and theater, American and European—in which he worked were (and sometimes still are) hostile to one another, places him less in the role of a unifier, and more in the role of a “crossover” artist. 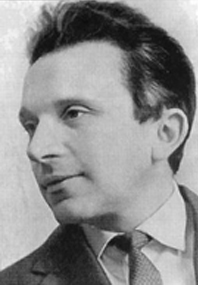 Mieczysław Weinberg’s flight from Nazi-occupied Europe was rather different from the customary exile to the West - to England or the United States. His move to the Soviet Union meant a second period of threat and discrimination under Stalin. But unlike many of his émigré colleagues in the West, Weinberg did enjoy considerable success as one of his adopted country’s most fêted and frequently performed composers, especially during the 1960s and 1970s when Emil Gilels, Mstislav Rostropovich. Kiril Kondrashin, the Borodin Quartet and Leonid Kogan all recorded and performed his works. Weinberg’s massive ouevre, which includes over 150 opus numbers, found favour on the opera stage, on movie soundtracks and in chamber and orchestral programs. However his music was known only in the USSR, its spread stifled by the Iron Curtain and the restrictions imposed by the cold war. His career foundered completely when the USSR fragmented, and it is only over the last five to ten years that Weinberg has found a growing number of enthusiasts outside Russia. Following a pioneering series of releases on the Olympia label (unfortunately no longer available) there have been a slew of new recordings, including issues by the Danel Quartet (on CPO) and the Polish National Symphony Orchestra (on Chandos). Peermusic have reissued a number of his works and Weinberg’s significance is now being reassessed, to a point where several critics argue that the century’s greatest Russian music was composed by a triumvirate that consisted of Prokofiev, Shostakovich and Weinberg. 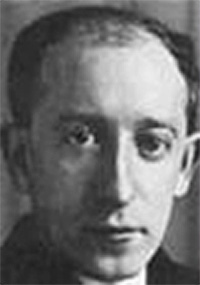 Jaromír Weinberger (1896-1967) was the composer of one of the most successful operas between the wars, the comedy Švanda Dudák (Schwanda the Bagpiper).  While unable to duplicate that level of success in his subsequent works, Weinberger was a prolific, productive and highly effective composer for several decades.  The disruption of emigration and his inability to retrieve his royalties made his life in the United States somewhat difficult, but he continued to compose in a variety of styles on a broad array of subjects, including such works as the Lincoln Symphony. 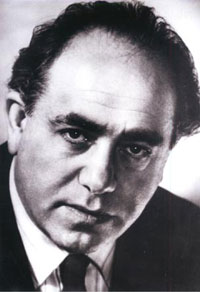 Eric Zeisl (1905-1959) was a composer whose career unfolded along a well-trodden path of exile.  In the early 1930’s he was a promising young Viennese composer just starting to make his career.  When Austria was annexed by the Nazis in 1938, he was forced to leave.  Emigrating through Paris and New York, he eventually settled in Southern California, living in Hollywood where he worked in the film business, did some teaching and was part of a vibrant and distinguished émigré community before he died of a heart attack in his early 50’s.  Zeisl’s music is deeply traditional; drawing on a broad range of powerful expressive devices, and from the late 1930’s his output is marked by a frequent turn towards what has been described as something like a “Hebraic” mode. 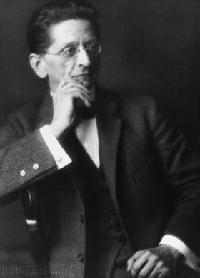 Alexander Zemlinsky (October 14, 1871 – March 15, 1942) was one of the most powerful musical voices of his time.  A remarkably influential musician, he had connections with both the more traditional and the Second Viennese School.  Although his work was nearly forgotten after the war, he has recently been recognized as one of the 20th century's significant compositional voices.